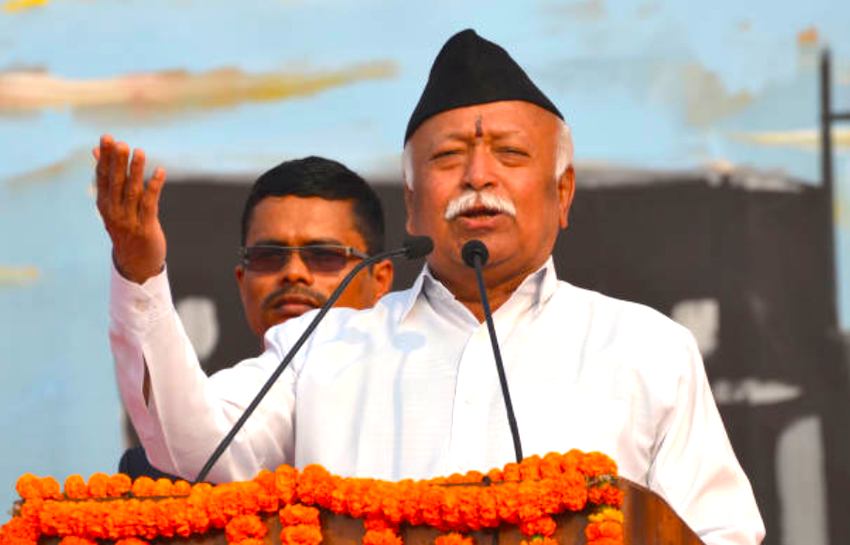 Rashtriya Swayamsevak Sangh leader Mohan Bhagwat, on Sunday, while addressing participants of an annual training camp of swayamsevaks (volunteers) in Nagpur, said called for using the power of law to quell violence in West Bengal.

He said, “Contest is inevitable in elections. It’s like Holi when you throw colour on each other. But if those who won, in their pride, and those who lose, in their sense of revenge, carry the uncivilized conduct forward after election, then it affects the nation as a whole. What’s happening in Bengal today? It shouldn’t have happened. Is it happening in any other state after elections? But if some goonda elements are doing it, the government must stop it. It is the duty of the government to establish rule of law using ‘dandashakti’ (power to punish by law).”

However, the RSS chief didn’t clarify whether he called for the use of Centre’s power against the Mamata Banerjee-led Trinamool Congress government in West Bengal or the state’s power against those who are indulging in violence there.