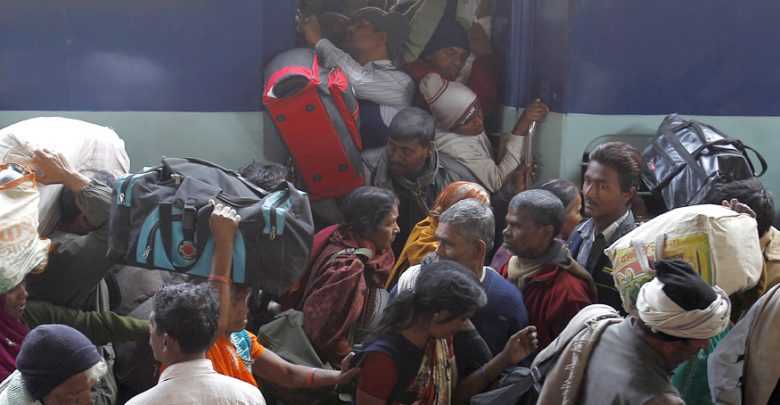 Migrant workers seen trying to board a train out of Gujarat.

New Delhi: Thousands of migrants from Bihar and Uttar Pradesh are leaving for their villages from Gujarat after the alleged rape of a 14-year-old girl that sparked violent attacks against non-Gujarati people. Many parts of the state have reported attacks on the migrant workers in the last couple of days.

A 14-month-old girl was allegedly raped by a migrant from Bihar, on September 28, in Sabarkantha district. According to the Gujarat director general of police, Shivanand Jha, over 300 people have been arrested so far in the connection with the attacks on migrants. Six districts including Sabarkantha and Mehsana are mainly affected by the violence, he said.

The government has deployed more than 2,500 police personnel in Ahmadabad alone.

Many people are still returning to their native places despite assurances by the state government that the situation will be under control soon. According to reports, threats against non-Gujarati people were being openly issued and circulated on social media in Gujarat.

Meanwhile, Congress MLA Alpesh Thakor rejected allegations raised against him for creating tension and provoking enmity between Gujarati and non-Gujarati people. “This is unfortunate. We have never advocated violence and only talked of peace. All Indians are safe in Gujarat,” he said. Thakor was purportedly seen in a video issuing threats against migrants.