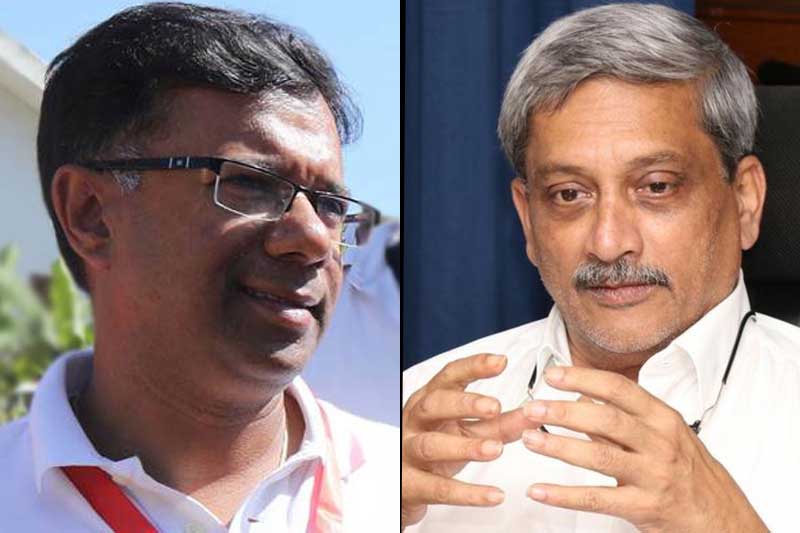 New Delhi: The Congress, on Wednesday, while attacking the Narendra Modi government, has claimed, while producing an audio tape, that the Goa chief minister, Manohar Parrikar, is “hiding all files” related to the controversial Rafale deal in his “bedroom”. The Congress presented an audio recording where a Goa minister, Vishwajit Rane, was purportedly heard quoting the Goa CM as saying all the Rafale papers are kept in his flat. The party has demanded clarification from Prime Minister Narendra Modi.

Parrikar was the defence minister when the new deal for the 36 Rafale warplanes was sealed. The Modi government junked the old negotiation for the contract of 128 of those fighter aircraft that Dassault had won through the MMRCA (medium multirole combat aircraft) bidding during the Congress-led UPA 2 government.

Congress chief spokesman Randeep Surjewala played the audio for reporters outside Parliament. In the recording, Rane purportedly can be heard talking to another person regarding the Goa cabinet meeting held by Parrikar.

The voice in the tape, which the Congress claims to be of Rane, was heard as saying: “The chief minister made a very interesting statement … that ‘I have all the information of Rafale in my bedroom.’”

The other person is then heard as saying: “What are you saying?” The minister answered, “You can cross-check with somebody you are close to in the cabinet. This is something he said … that means he is holding them to ransom. He said, ‘it is in my bedroom here only in my flat, each and every document on Rafale.’”

The authentication of the tape and the voice in the tape are not yet verified.

Meanwhile, the Goa minister in question, Vishwajit Rane, has rubbished the claim and accused the Congress for manipulating the audio tape. He said, “The audio tape is doctored. The Congress has stooped to such a low level to doctor a tape to create miscommunication between the cabinet and chief minister. Mr Parrikar has never made any reference to Rafale or any documents. I have asked him for a criminal investigation into this.”

Earlier, the Supreme Court has dismissed petitions filed by former ministers Yashwant Sinha and Arun Shourie and advocate Prashant Bhushan asking to publish details of the Rs 59,000 crore Rafale deal. The court has ruled that there was no reason to doubt the decision-making process of the deal and the court has no business to interfere in the government’s decision-making process.