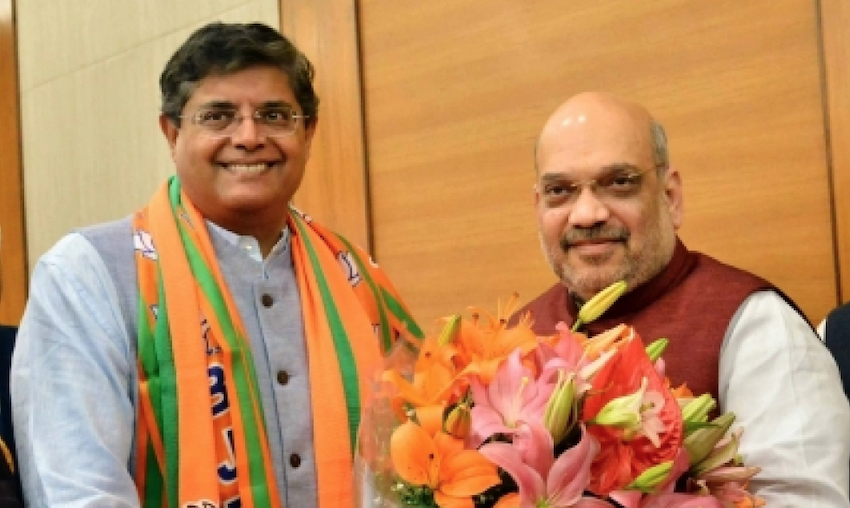 New Delhi: With the general election around the corner, former Biju Janata Dal MP Baijayant Jay Panda has joined the Bharatiya Janata Party, on Monday. Panda had quit the BJD nine months ago after falling out with the BJD chief and Odisha chief minister, Naveen Patnaik.

Panda, while announcing his decision on Twitter, wrote: “Nine months of introspection and widespread consultations with colleagues and public. Grateful for support received from all over. On the auspicious Maha Shivratri, I’ve decided to join BJP and work under the leadership of Narendra Modi to serve Odisha and India to the best of my ability.”

Nine months of introspection & widespread consultations w/colleagues & public.
Grateful for support recd from all over.
On auspicious #MahaShivratri I've decided to join @BJP4India & work under the leadership of @narendramodi Ji to serve Odisha & India to the best of my ability🙏

Oil minister Dharmedra Pradhan of the BJP has welcomed Panda in the party. “I welcome my friend Baijayant Jay Panda into the BJP family. His popularity and connect with the Odia youth will further strengthen the surge of the BJP in Odisha.”

I welcome my friend, Shri Baijayant Jay Panda @PandaJay into the @BJP4India family. His popularity and connect with the Odia youth will further strengthen the surge of @BJP4Odisha in Odisha. pic.twitter.com/S1dthYaJ21

He has recently claimed that he is willing to join any party who promises to look after problems that Odisha now faces. According to media reports, one of the reasons for quitting the BJD was CM Patnaik’s absence at the last rites of Panda’s father, Bansidhar Panda, who was a well-known industrialist and also close to the former chief minister Biju Patanaik.

Odisha is likely to hold its assembly poll along with general election. The state has 21 parliamentary constituencies.