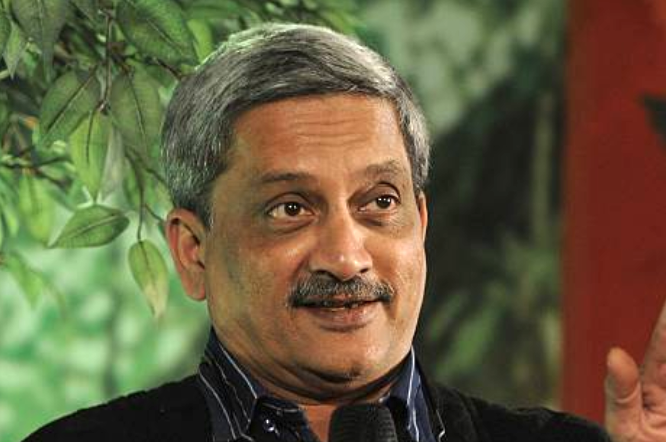 New Delhi: Just hours after the demise of Goa’s chief minister, Manohar Parrikar, on Sunday evening, the Congress formally tried to stake its claim in the state. With his death, the state has plunged into a political crisis with the BJP minority government finding it short of MLAs.

With Parrikar’s demise the BJP government in Goa state have to look for another candidate as a successor, but the Congress is the party with the largest number of MLAs. The party tried to formally stake its claim with Governor Mridula Sinha to form a government in the State.

The Congress wrote to the governor, Mridula Sinha, saying that the “unfortunate development calls for the immediate action on your part for smooth transition and transfer of power.”

“The Congress being the single largest party, the leader of the Congress legislature party is entitled to be invited to form the best government,” said the letter signed by leader of opposition Chandrakant Kavlekar and Goa State president Girish Chodankar. 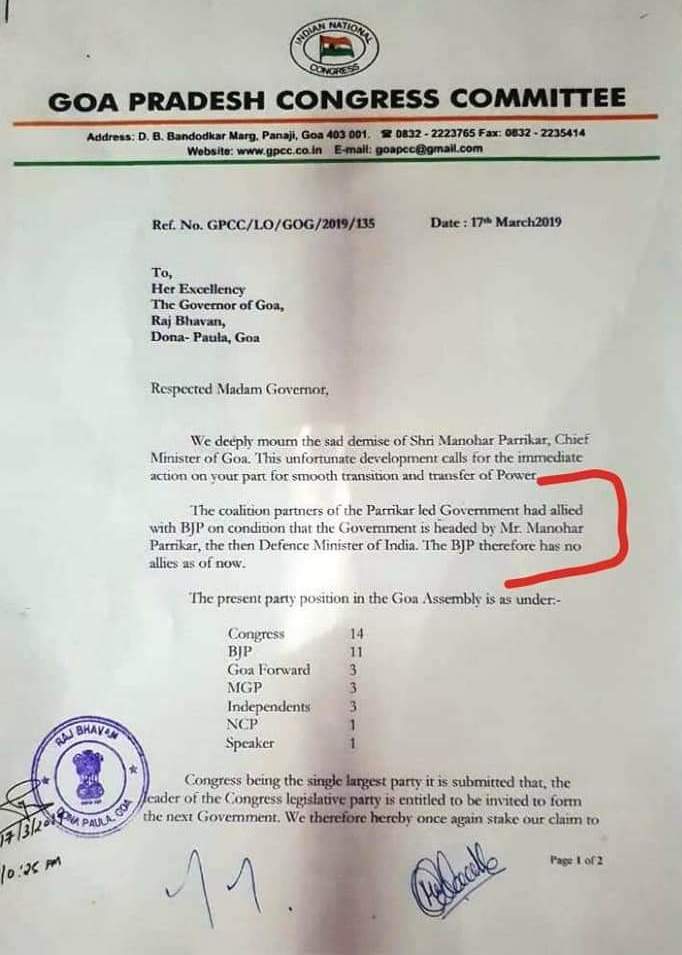 The Bharatiya Janata Party, however, had a meeting at the private residence of the late chief minister, where Union minister Nitin Gadkari and others will hopefully try to formulate a strategy to form a government.

“If the governor (Mridula Sinha) is not convinced, then she will have to invite the single largest party to form government,” the official added.