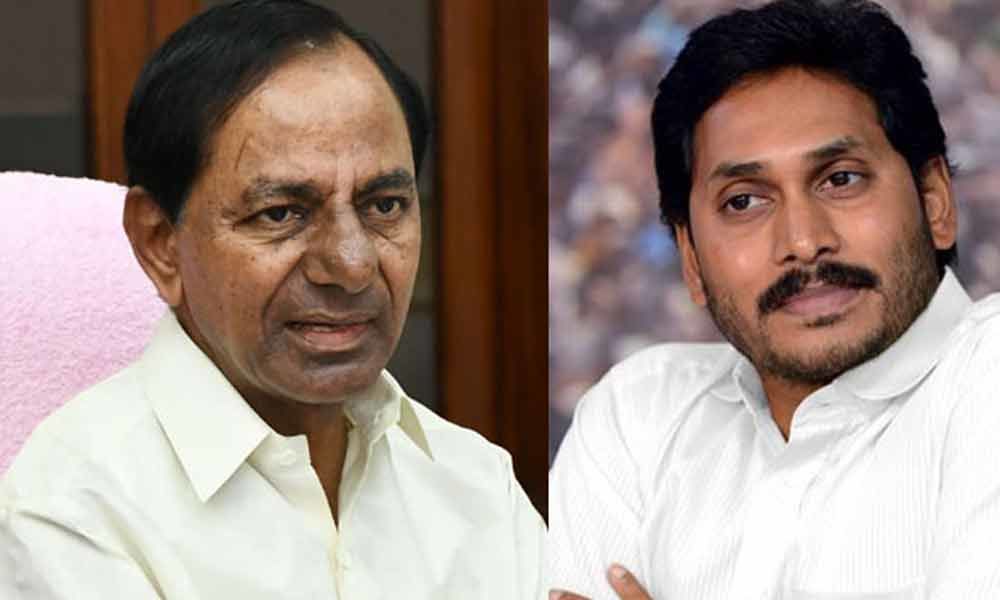 K Chandrasekhar Rao (L) and Jaganmohan Reddy can play the role of kingmakers should there be a hung Parliament.

New Delhi: After various TV channels showed the exit-poll results, representatives of more than 20 opposition parties met the Election Commission officials, on Tuesday, to discuss alleged EVM irregularities and also resolved to come together to keep the NDA out of power.

According to reports, most of the opposition parties have been in contact throughout the five NDA years, but now, efforts are being made to persuade Telangana CM K Chandrasekhar Rao’s Telangana Rashtra Samithi and Jagan Mohan Reddy’s YSR Congress Party to join the opposition camp.

KCR has been trying to make a “Federal Front” and making noises that the TRS and YSRCP would move as a block because neither of the two parties have been warm about being included with the Congress.

Although, YSRCP and TRS have been in touch with opposition parties since the exit-poll results, the BJP has also been banking on the two parties to boost the NDA numbers if the mandate doesn’t turn out to be what the exit polls predicted.

However, media reports quoting an opposition leader as saying, “None of us believes the exit-poll figures. The mood was upbeat in today’s meeting. Now that the polls is over, there is great rapport between the parties. We understand the need to move fast. Part of that is to reach out to the Andhra-Telangana parties before the BJP does. The other part is to move fast after the results. Party leaders are constantly in touch and most of us will be back in Delhi on the evening of May 23. Staking claim swiftly will be the key.”