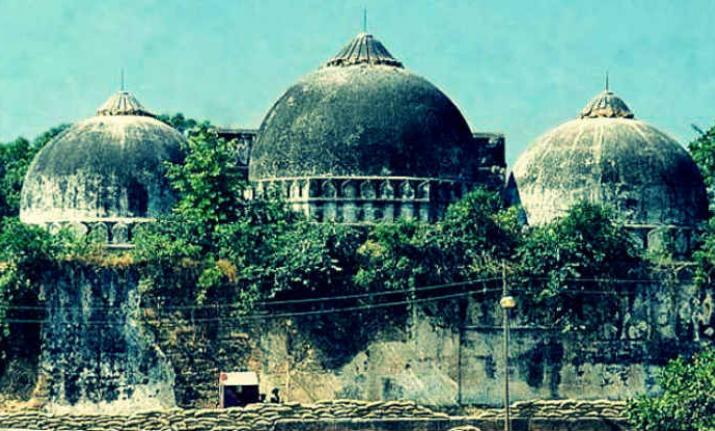 The Babri Masjid before its demolition.

The Centre has assured that the excess land will be used to provide ingress and exit paths to the disputed site. The excess land is claimed to have been with Ram Janmabhoomi Nyas, acquired in 1991.

According to the Centre, in 2003, the apex court had ordered maintenance of status quo on disputed land as well as on the 67 acres of the acquired land around it.

Meanwhile, Union law minister Ravi Shankar Prasad has expressed concern over slow progress on the Ayodhya disputed land. While talking to reporters, Prasad said, “It is the wish of the people of the country that a Ram temple be built at Ayodhya. Our prime minister (Narendra Modi) and our party (BJP) president (Amit Shah) have also made it clear that this will take place within the constitutional framework.”

Prasad, who was the counsel for one of the petitioners in the Allahabad high court, said, “However, I would like to add something as a citizen of this country and not as the law minister. This matter has been pending for 70 years. It took 60 years for the Allahabad high court to come out with its verdict on the title suit and the appeal against the same has been pending before the Supreme Court for 10 years.”

Union minister Ram Vilas Paswan, while rubbishing the idea of ordinance on the construction of Ram temple at the disputed land, said that he is happy that the government is ready to wait for the Supreme Court’s verdict.