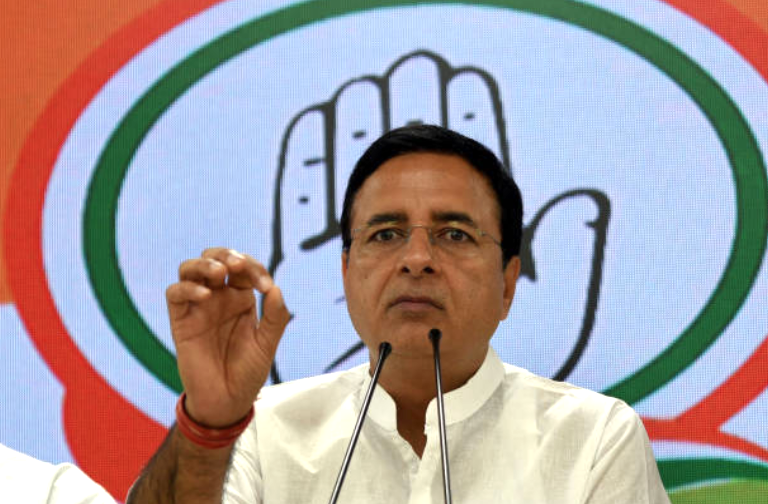 New Delhi: After the disastrous performance in the Lok Sabha election, the Congress, on Thursday, said it won’t send its spokespersons for media debates. Senior Congress leader and party media chief Randeep Singh Surjewala said his party members wouldn’t participate in television debates for a month. Surjewala requested media channels to not place any of their representatives on their shows.

The Congress won 52 seats in the 543-member Lok Sabha, which is a slight improvement from the 44 it won in 2014. Like in the 16th Lok Sabha, the Congress, which is the largest opposition party, will not be able to stake claim for the post of leader of opposition as it has less than 10 per cent of the total number of seats in the Lower House of Parliament.

A statement issued by the Congress said: “The Congress has decided to not send spokespersons on television debates for a month. All media channels/editors are requested to not place Congress representatives on their shows.”

.@INCIndia has decided to not send spokespersons on television debates for a month.

All media channels/editors are requested to not place Congress representatives on their shows.

The decision comes amid uncertainty in the party on whether Rahul Gandhi will continue as president of the party, as he remains firm on his decision to step down. Moreover, following the Congress Working Committee meeting, the party had to clarify on media reports citing remarks made by Gandhi at the closed-door meeting.

According to media reports, the Congress, on Wednesday, reached out to “like-minded” opposition parties, inviting them for a meeting to be held on Friday.

It is speculated that a meeting of the Congress Parliamentary Party would be held on Saturday. In this meeting, the party will possibly elect its leader and the party’s leader in the Lok Sabha. Firm on his decision to step down, Rahul is said to be open to leading his party in Lok Sabha, like Mallikarjun Kharge did in the 16th Lok Sabha in the absence of a leader of opposition.