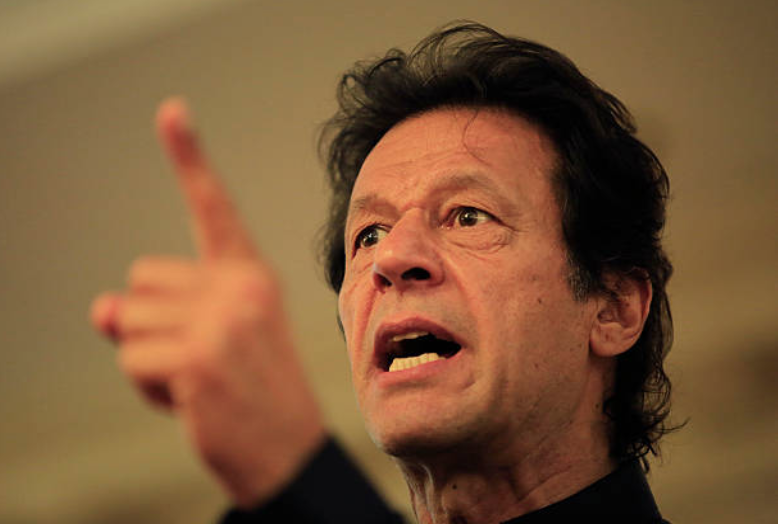 New Delhi: Pakistan’s Prime Minister Imran Khan, in a video message released on Tuesday, has promised to address the issue of the suicide attack that had killed over 40 CRPF personnel in Kashmir’s Pulwama. However, he said the Indian government must first provide “actionable evidence” against involvement of Pakistanis in the attack. In his speech, he also warned that Pakistan will retaliate if India carries out any kind of attack in its soil.

Khan said, “Today, I would like to make the Indian government an offer. Any sort of investigation you wish carried out regarding this incident about the involvement of any Pakistani, we are ready (for it).”

“If you have any actionable intelligence that a Pakistani is involved, give it to us. I guarantee you that we will take action ─ not because we are under pressure, but because they (individuals found involved] are acting as enemies of Pakistan,” he said further.

While explaining the delay in his response to the attack, Khan has revealed that they had visit from the Saudi crown prince, Mohammed bin Salman, and an investment conference too that they had been preparing for long time.

The Pakistani prime minister has also blamed India for accusing Pakistan for every attack in Kashmir without any evidence. He said, “First of all, you accused Pakistan. … No evidence. You never thought what would be in it for Pakistan? Would even a fool do such a thing to sabotage his own conference? And even if he [the crown prince] had not been visiting, what benefit would Pakistan get from it (the Pulwama attack)?”

He said, “Why would Pakistan, at this stage, when it is moving towards stability … we have fought a war against terrorism for 15 years … 70,000 Pakistanis have lost their lives … terrorism is receding, peace and stability are returning … what benefit would we get from it (the Pulwama attack)?”

Then Khan went on to warn India should New Delhi decide to take military action on Pakistani soil. He said, “If you think that if you can carry out any kind of attack on Pakistan, Pakistan will not just think about retaliating, we will retaliate. There will be no way to respond other than to retaliate.”

He further said, “And after that, where does the matter go? We all know that starting a war is easy.  … starting a war may be in our hands, ending it won’t be. Where it will go, God knows. That’s why I hope that better sense will prevail. … This issue will only be resolved through dialogue and talks.”

A jihadist belonging to Jaish-e-Muhammed – a Pakistan-based terror outfit – carried out the suicide bombing targeting a CRPF convoy last Thursday, which left over 40 CRPF personnel dead. Soon after the attack, Jaish released a video of the suicide bomber and claimed the attack.