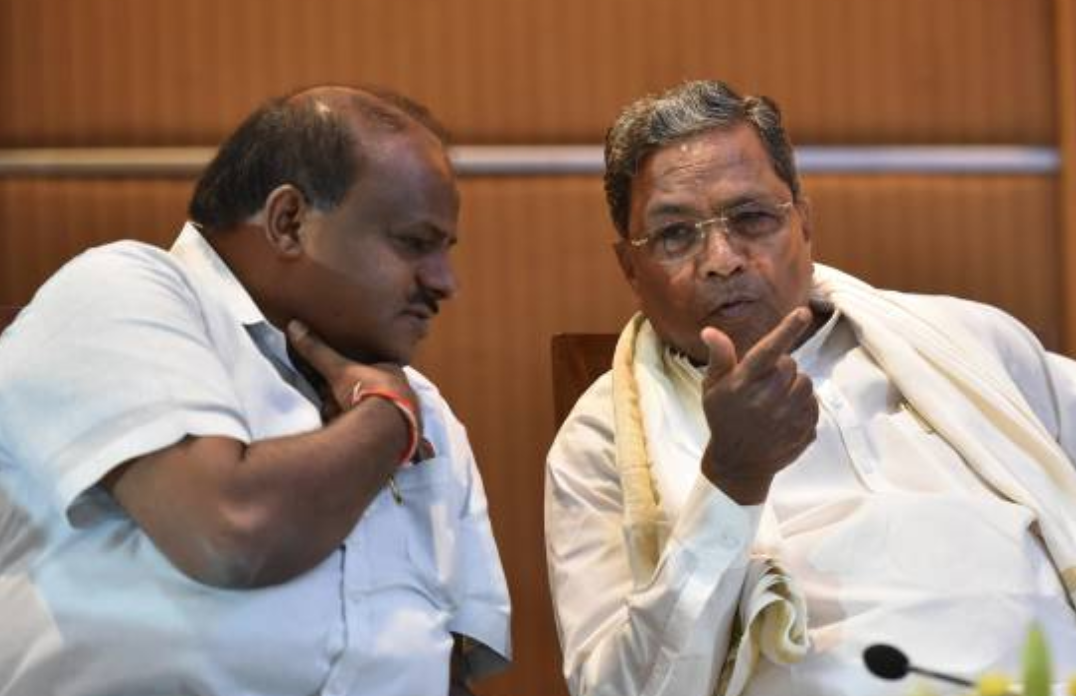 The Bharatiya Janata Party, on Tuesday, while targeting the recent controversies relating to the Karnataka chief minister, HD Kumaraswamy, and Congress leaders of the state, has attacked the Janata Dal (Secular)-Congress coalition government through social media.

Calling the CM as the “accidental chief minister”, the BJP has tweeted: “‘Nataka’ in Karnataka, Script 1: I’m Vishakanta, Script 2: I work as clerk, Script 3: I may die soon Script 4: Party in Singapore Script 5: Watch Sitaramakalyana Script 6: I will resign Written, Produced & directed by CM @hd_kumaraswamy.”

Script 6 : I will resign

Earlier, Kumaraswamy had threatened to resign from the post over the remarks of some Congress MLAs over his poor governance. On Tuesday, Kumaraswamy had said: “It is their problem. Congress leaders have to watch all that issues, I’m not the concerned person for it. If they want to continue with it, I am ready to step down.”

Former higher education minister Basavaraj Rayareddy has defended the Congress leaders that were questioning Kumaraswamy’s governance and praising the former Congress chief minister, Siddaramaiah. Rayareddy said, “Siddaramaiah is our leader and the MLAs have praised him as he was the only other person apart from former Prime Minister HD Deve Gowda who was pro-people and pro-poor. There is nothing wrong in it. Instead Kumaraswamy threatening to resign on account such statements do not argument well for the coalition. His own statements are creating a controversy for the coalition.”

Meanwhile, amid the raging controversies in coalition government, speculations are rife that PWD minister and CM Kumaraswamy’s brother HD Revanna has met senior leaders of BJP in Bengaluru.

Media reports quoting an unnamed senior BJP member who claims to be present at the meeting between Revanna and other BJP seniors in the state has confirmed that the meeting lasted for an hour where PWD minister has “narrated his woes over the Congress leadership”. He has also said that the BJP is trying to stay out of the entire mess between the Congress and the JD(S).