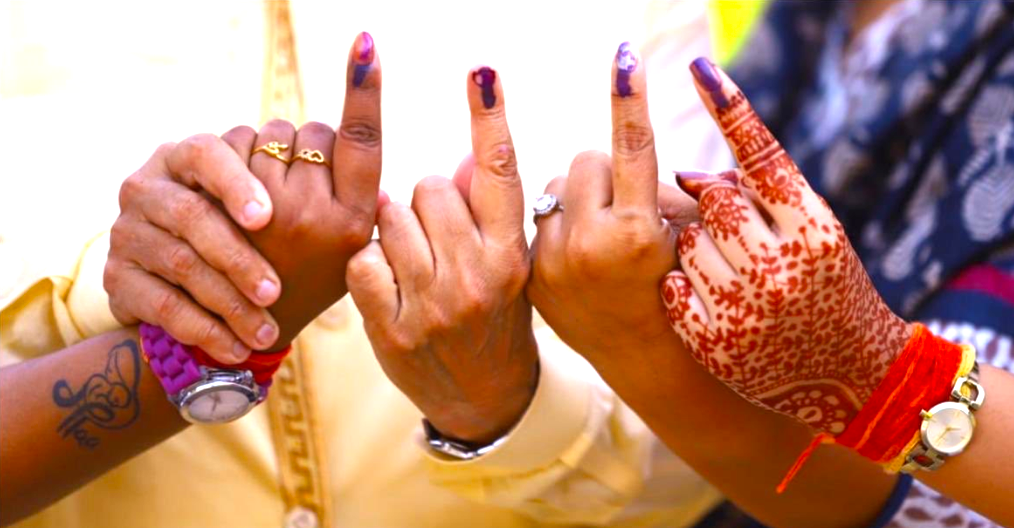 New Delhi: The second phase of the Lok Sabha election concluded, on Thursday, which saw voting taking place for 95 constituencies across 11 states and one Union territory. According to the Election Commission’s Voter Turnout app, 68.2 per cent of the eligible voters exercised their franchise. The figure is likely to change slightly after corrections.

This is a slight dip from turnout in the first phase of the election, which saw around 69 per cent of eligible voters casting their votes.

Voting was cancelled in Tamil Nadu’s Vellore constituency due to huge cash haul. Apart from this, voting for the Tripura East Lok Sabha constituency was also postponed to the Phase 3 of the election for security reasons.

For more details about constituencies and phases click here.

Voting was peaceful across the country although some incidences of violence were reported some parts of the country.

In Tamil Nadu’s Arakkonam, central forces on election duty had to open fire to disperse a mob.

In West Bengal’s Raiganj constituency, police fired in the air and burst tear gas shells to control a mob, which was throwing stones at them. The CPM candidate from the constituency, Mohammad Salim, claimed that his car was attacked by miscreants.

In Manipur, polling was stalled in two booths in the Inner Manipur Lok Sabha constituency after violence broke out over alleged proxy-voting. In one of the two booths, some angry youths broke EVMs and VVPATs over claims of proxy-voting in the booth.

Jammu & Kashmir witnessed the worst turnout among the states that went to the poll in the Phase 2. In the two Lok Sabha seats – Srinagar and Udhampur – only 45.64 per cent of eligible voters took part in the poll. In Srinagar city, 90 polling booths so no turnout. In other parts of the constituency, as many as 50 polling booths so zero turnout. According to the EC’s Voter Turnout app, only 14 per cent of the eligible voters exercised their franchise in the entire constituency.

However, the Udhampur constituency saw brisk voting. According to the EC’s Voter Turnout app, over 70 per cent of the constituency’s 16.85 lakh eligible voters cast their votes.

Some of the prominent names who are contesting the election in the Phase 2 are Union ministers DV Sadananda Gowda (BJP/Bengaluru North), Jitendra Singh (BJP/Udhampur), Jual Oram (BJP/Sundergarh) and Pon Radhakrishnan (BJP/Kanyakumari).