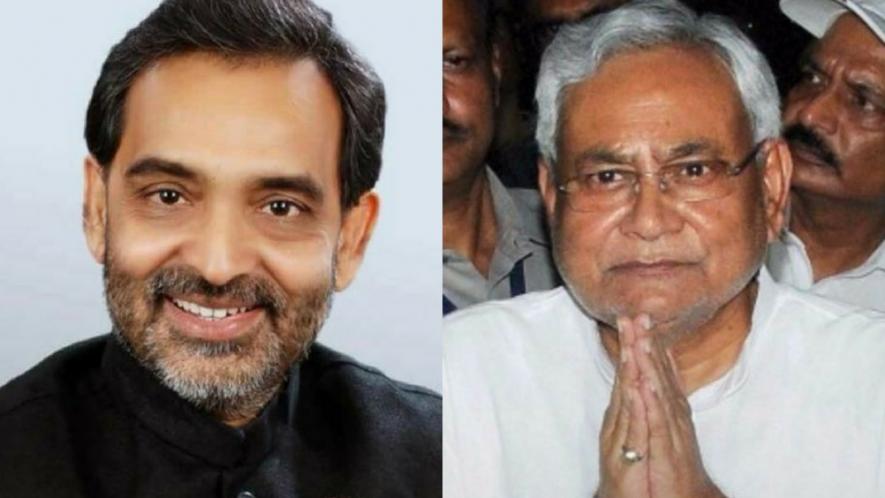 New Delhi: In a startling claim, Rashtriya Lok Samata Party chief Upendra Kushwaha said Nitish Kumar, the chief minister of Bihar, doesn’t want to continue in office beyond the year 2020. Kushwaha’s claim came as surprise as neither Nitish Kumar nor any of his party leader had spoken about such prospects.

Kushwaha, on Wednesday, during a programme organized by his party on the occasion of Sardar Vallabhbhai Patel’s 143rd birth anniversary, claimed that the CM has reached a “saturation point” in power and he wants to “step down”. He said, “I am neither doing any politics nor I am making any satirical comment on the CM, but he (Nitish Kumar) has himself expressed his desire not to continue beyond 2020. I have ruled for 15 years. How long will I be the CM?”

However, the chief minister’s party, Janata Dal (United), spokesman Neeraj Kumar has rubbished the claims made by Kushwaha.

Kushwaha is allegedly disappointed with the NDA leadership over not getting assurance on a respectable number of seats in the seat-sharing deal for the 2019 Lok Sabha election. According to media reports quoting NDA sources in Bihar, the RLSP will get two seats in the 2019 general election compared to three which they got in the 2014 general election.