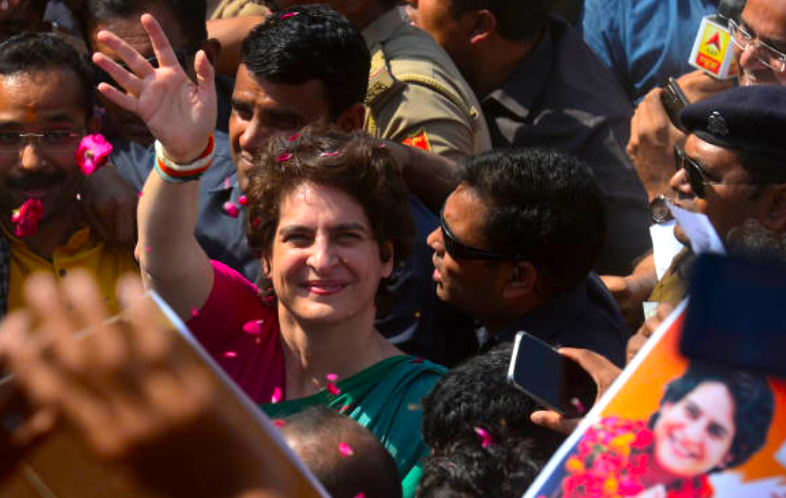 New Delhi: Playing the religion card just weeks ahead of the Lok Sabha election, a group of lawyers from Uttar Pradesh has reportedly requested the Varanasi district magistrate that Congress general secretary Priyanka Gandhi Vadra should not be allowed to enter the Kashi Vishwanath temple because she is a “Christian”.

According to media reports, the letter, which was handed over to the district magistrate by the group of lawyers, was addressed to the Uttar Pradesh chief minister, Yogi Adityanath. The letter has claimed that Priyanka Gandhi was a Christian and her place of worship was a church. Hence, she should not be allowed to enter the shrine.

Priyanka Gandhi Vadra has begun her “Ganga Yatra” boat rally from Prayagraj (Allahabad) to Prime Minister Narendra Modi's parliamentary constituency, Varanasi. She will cover a distance of 140 kilometres during her three-day yatra by boat. She is also scheduled to visit the Kashi Vishwanath temple in Varanasi.