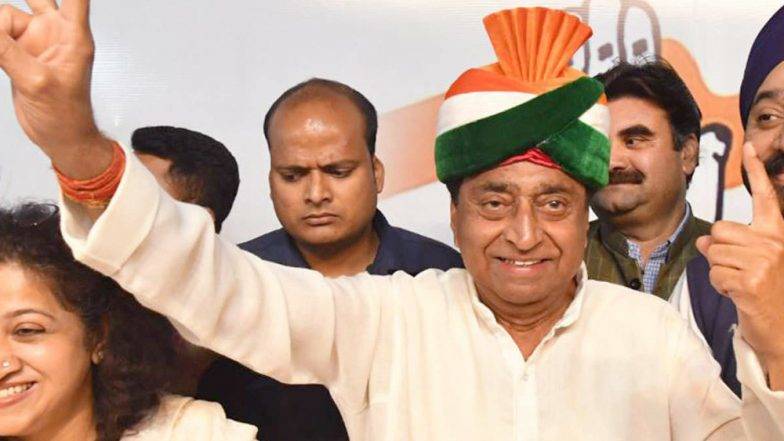 New Delhi/Bhopal: After rounds of discussion and meetings with the Congress president, Rahul Gandhi, veteran party leader Kamal Nath has finally bagged the top job in Madhya Pradesh. The Congress has chosen the experienced Nath over the young Jyotiraditya Scindia to be the chief minister of the heartland state.

The announcement was made late on Tuesday night after both the chief ministerial candidates met Rahul Gandhi in New Delhi. Kamal Nath, while offering gratitude towards Scindia for supporting him, has also said they would work together to fulfil the promises made in Congress manifesto (“vachan patra”) for the state.

“It is a challenging time and we will all together fulfil the promises made in our “vachan patra’,” Nath said in Bhopal.

A former Union minister, Kamal Nath, 72, has been a nine-time Lok Sabha member from Madhya Pradesh’s Chhindwara constituency. He will serve the state after breaking the 15-year-long rule of the Bharatiya Janata Party. The outgoing chief minister Shivraj Singh Chouhan has also congratulated Kamal Nath and the Congress on their victory.

The Congress was two seats short of gaining an absolute majority in the state assembly. It won 114 seats out of the house of 230. Mayawati’s Bahujan Samaj Party and Akhilesh Yadav’s Samajwadi Party have supported Congress to form the government.