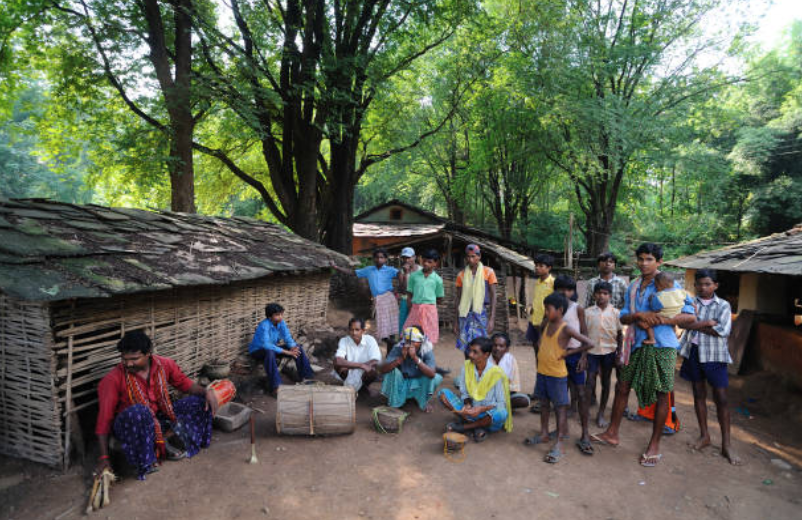 A tribal hutment near a forest in Chhattisgarh.

New Delhi: The Supreme Court had directed the eviction of people whose claims had been rejected under the Forest Rights Act, an order impacting nearly 20 lakh tribals and other forest dwellers across the country, on February 13. Following this, some affected villagers in Chhattisgarh’s Udanti-Sitanadi Tiger Reserve have created a committee called Udanti-Sitanadi Tiger Reserve Forest Jansamiti. Fifty tribals from 17 villages and seven gram panchayats took part in a sit-in protest against the Supreme Court verdict.

Tikam Nagvanshi, the sarpanch of Kurrubhata village, talking to Indian Express, said, “They ask us for forms, signatures, maps and documents, and come in their cars to judge us … We have lived here before they could write on paper, or the first car was seen here, or people knew what a map or a pen even was. This forest is our home,”

He added, “Almost every family here has applied for individual rights under the Forest Rights Act, and we have all lived here for generations. But only 20 per cent have got ‘van patta (land deed)’. That’s because government officials do not want to give us land, because if they do, we get the right to decide what to do with it.”

Benipuri Goswami, an activist who works on FRA rights, also said, “Villagers are required to have certifications such as the ‘jaati praman patra’, and there are many who don’t have it. But let’s say they do and the stage for ground checks arrive. Most people who live in the forest are not lettered. So if an official comes and you tell him that this is your five acres, he might enter that as one acre in his records, and you have no way of knowing. Often they write ‘nirast (rejected)’, but tell tribals that their claims have been approved. It’s only years later that they realize their names are not on records. They can then appeal, but there is no hearing.”

Although villagers admit that the new government in the state has invited everyone whose claims have been rejected to re-apply. But if they end up being evicted Villagers have only an option to come down to the roads and fight, Nagvanshi believes.

In February, the Supreme Court has ordered the eviction of more than 10 lakh families from tribal communities and other forest dwellers from forests across 16 states, after their claims on forestlands were rejected. Later, it was estimated that nearly 20 lakh people would be affected. The order was passed after a public-interest litigation (PIL) challenged the validity of the Forest Rights Act 2006 and sought review of the rights granted to forest dwellers.

The case was pending for a few years.