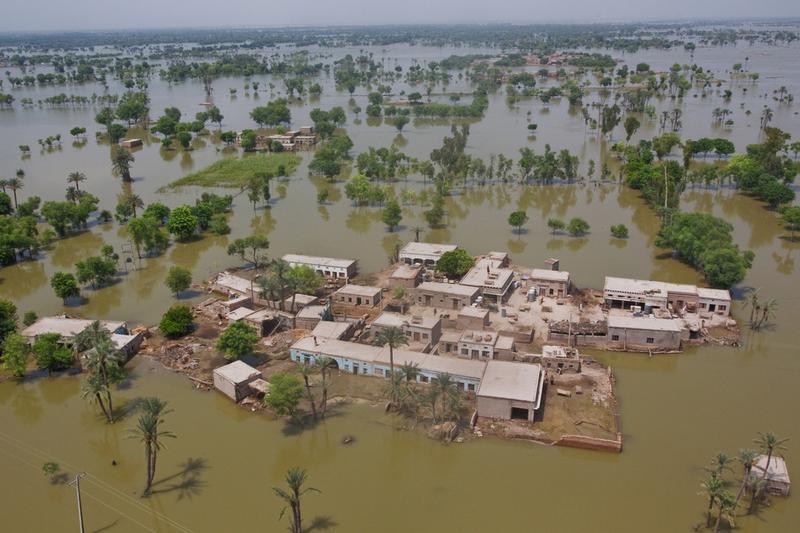 An aerial photo of a submerged area in Pakistan during the devastating 2010 Indus flood.

New Delhi: Amidst high diplomatic tensions between the two countries, India has decided to stop sharing hydrological data with Pakistan and told the neighbouring country that it would provide information only on “extraordinary discharges and flood flows”.

The agreement to share data began in 1989, as a goodwill gesture between the two countries, and is renewed every year with modifications whenever required. While India has decided not to renew an agreement, PK Saxena, Indian commissioner for Indus Waters, said, “This agreement was not renewed in the current year by us.”

The decision came at a time of rising hostilities between the countries triggered by New Delhi’s decision to revoke the special status of Jammu & Kashmir earlier this month.

However, Times of India reported that he said the decision would not affect the long-standing Indus Waters Treaty between the two countries and added, “India as a responsible nation is committed to the provision of the IWT.”

Unionjalshakti(water power)minister Gajendra Singh Shekhawat, on Tuesday, said the Centre had started the process of stopping water from flowing to Pakistan but added that the Indus Waters Treaty would not be violated, rejecting Pakistan’s claims that it had not been informed about the release of water from a dam that could cause flooding in its territory.

Shekhawat also said that the experts were working on the hydrological and techno-feasibility studies. Waters of eastern rivers (Ravi, Beas and Sutlej) are allocated to India while the country is under obligation to let flow water of the western rivers (Indus, Jhelum and Chenab) to Pakistan. India can even use the water from the western rivers for its domestic purposes, irrigation and generating hydroelectric power to an extent.