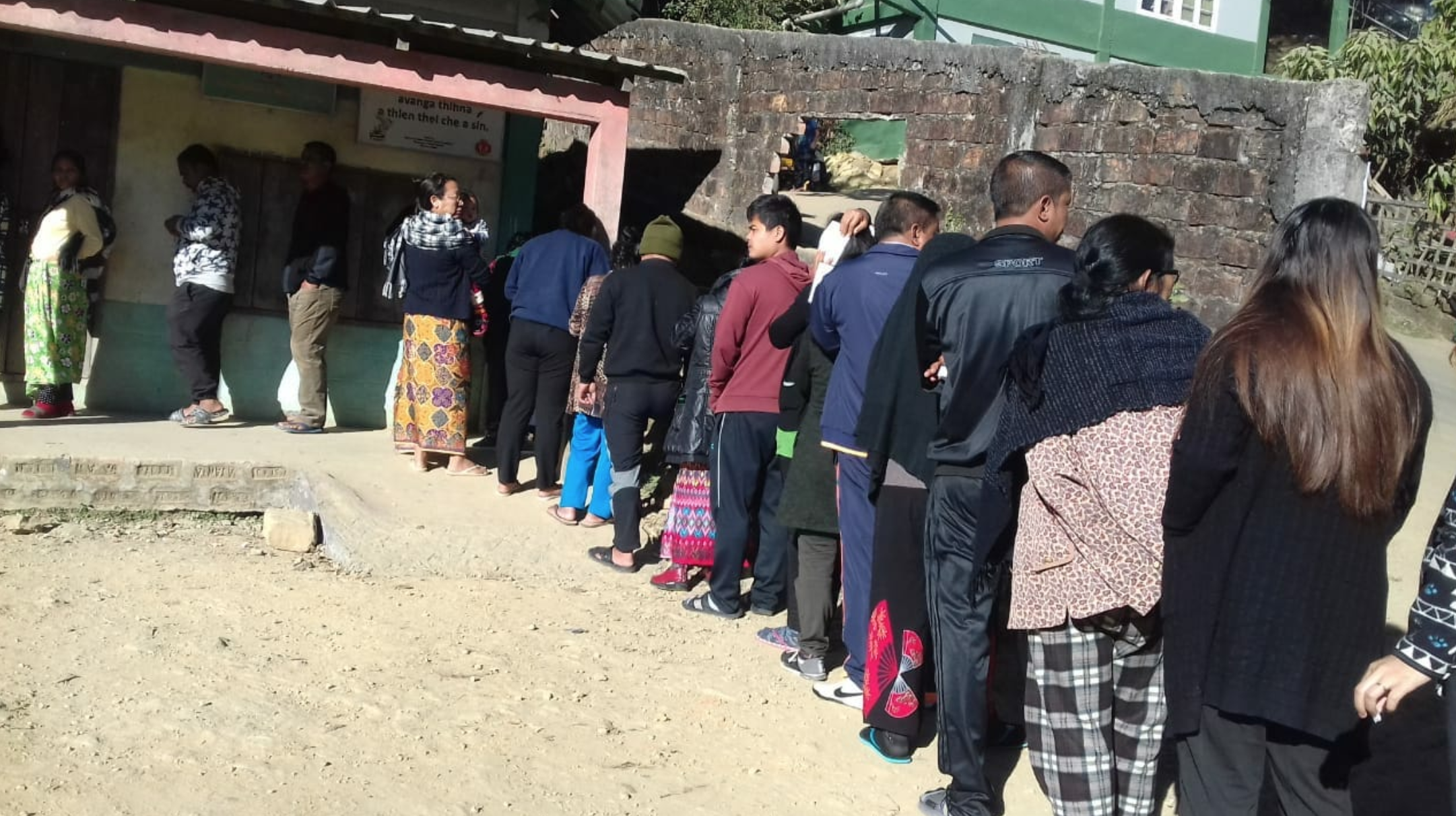 Voters in a queue outside a polling booth in Mizoram.

New Delhi: Mizoram has witnessed 80 per cent voting, on Wednesday, for its 40-member legislative assembly. The turnout was similar to the 82 per cent in the previous (2013) assembly election. The ruling Congress party is hoping to retain power in the state for third consecutive term.

Mizoram is the only state in the northeast to be ruled by the Congress.

Around 15 temporary polling stations were set up in Kanhmun village of Mamit district to facilitate voting for Bru tribals living in relief camps in Tripura. Mizoram chief electoral officer Ashish Kundra has confirmed that about 6,284 voters had cast their votes in Kanhmun, which is roughly 52% of the Bru voters in relief camps. Around 12,000 voters from Bru community were on the electoral rolls.

The chief minister of Mizoram, Lal Thanhawla, who is contesting for two seats from Serchhip and Champhai South, has assured that his party would romp back to power with full majority. “We have done a lot of developmental work in Mizoram,” he said.

Meanwhile, the opposition parties including the Mizo National Front (MNF) and the Bharatiya Janata Party (BJP) are positive about their victory and ending the 10-year rule of the Congress in the state.