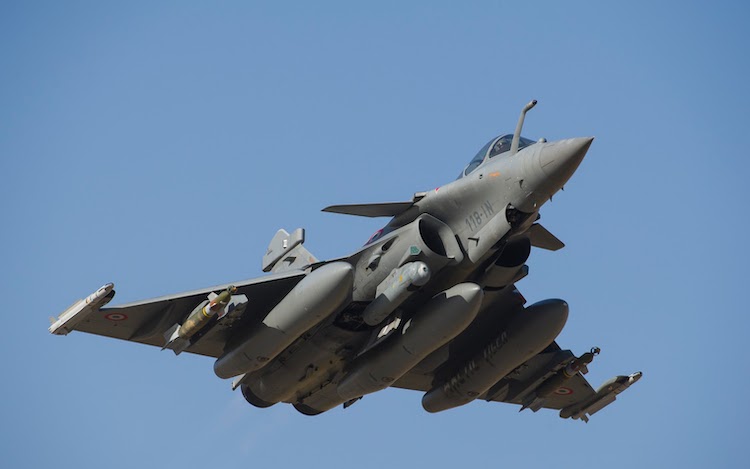 New Delhi: Veteran journalist N Ram, in his report published in the Hindu newspaper, has said Prime Minister Narendra Modi’s hasty decision to purchase 36 Rafale fighter jets from France instead of 126 demanded by the Indian Air Force increased the price of each aircraft by 41.42 per cent.

According to Ram, Dassault Aviation, manufacturer of the Rafale jets had charged €1.3 billion as “design and development” costs for India-specific enhancements to the planes, including fully fitted and combat-ready aircraft, has come out to be more expensive as the number of warplanes ordered was reduced from 126 to 36.

Ram wrote: “Dassault refused to budge on this, and it is certainly controversial that the Indian government was not able to prevail. Mr Modi needs to take responsibility for this.”

Ram claims his article is based on information “exclusively available to The Hindu” and it “focuses on the interesting question of how and why the price per Rafale fighter jet with practically the same configuration and capabilities, changed substantially over three points, in 2007, 2011, and 2016.”

In the end, Ram writes that the process of decision-making on Rafale bears an “eerie resemblance to how decisions were made in the Bofors deal”. However, he adds that “unlike in the Bofors case, where journalists were able to uncover the corruption disguised as ‘commissions’ paid secretly into Swiss bank accounts, no money trail has been discovered so far in the current case.”

The opposition parties, especially the Congress, have accused the Narendra Modi-led Bharatiya Janata Party government for favouring Anil Ambani’s Reliance Group Company as a partner in ₹59,000 crore Rafale deal and causing the huge loss to the national exchequer. However, the BJP government has dismissed the allegation saying the selection process of the offset partner was transparent.

The petitions have been filed in the Supreme Court demanding publication of the details of the purchase deal of Rafale jets. The SC has given a clean chit to the government saying it didn’t find any discrepancy in the deal.