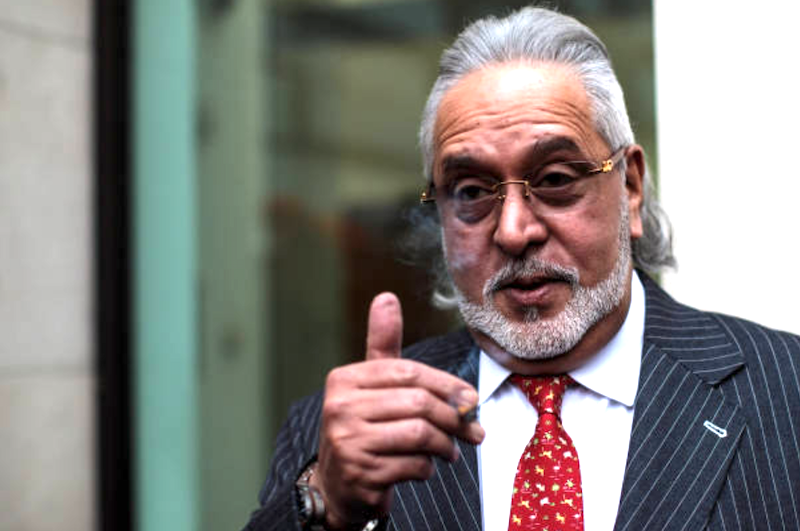 New Delhi: Embattled businessman Vijay Mallya has lodged his appeal in the United Kingdom high court against the Westminster magistrates’ court verdict and the subsequent extradition order signed by the British home secretary.

The 63-year-old fugitive tycoon, wanted for wilful default of over Rs 9,000 crore loans from Indian banks, said, “There is nothing to comment about. I stated my intention to appeal earlier.”

A spokeswoman for the administrative court of the high court said, “A decision could take anywhere from two weeks to two months. The court lawyers will now look at it. In some cases the judge decides on paper and in some cases, it will go straight to oral hearing.”

The case will proceed to a “substantial hearing” in the next few months’ time of its acceptance. A “judge on papers” decision will be made determining the merits of the application. In case Mallya’s application is rejected, he will have the option to submit a “renewal form”.

Earlier this week, Mallya, in a tweet to take a call on Prime Minister Narendra Modi, said, “I respectfully ask why the Prime Minister is not instructing his Banks to take the money I have put on the table so he can at least claim credit for full recovery of public funds lent to Kingfisher. This cannot be dismissed as frivolous. It is a perfectly tangible, sincere, honest and readily achievable offer. The shoe is on the other foot now. Why don’t the banks take the money lent to KFA?”

The Prime Ministers last speech in Parliament was brought to my attention. He certainly is a very eloquent speaker. I noticed that he referred to an unnamed person who “ran away” with 9000 crores. Given the media narrative I can only infer that reference is to me.

Following on from my earlier tweet, I respectfully ask why the Prime Minister is not instructing his Banks to take the money I have put on the table so he can at least claim credit for full recovery of public funds lent to Kingfisher.

A special Prevention of Money Laundering Act Court in Mumbai had declared, for the first time, Vijay Mallya a “fugitive economic offender” under the Fugitive Economic Offenders’ Act, 2018.