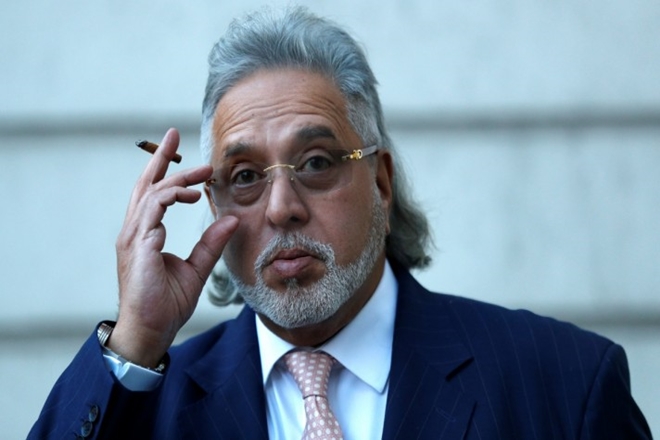 New Delhi: A special Prevention of Money Laundering Act (PMLA) Court in Mumbai, on Saturday, has declared Vijay Mallya a “fugitive economic offender” under the Fugitive Economic Offenders’ Act, 2018 by the special judge, MS Azmi. This is the first time a fugitive has been declared so since the law came into force.

The Enforcement Directorate had filed an application in the court requesting to declare owner of Kingfisher Airlines and liquor baron Vijay Mallya a fugitive under the act.

The further arguments for confiscation of his property will be heard on February 5. According to the act, once the person is declared offender, the prosecuting agency has the right to confiscate his/her property.

Mallya is facing charges of financial irregularities and loan debt taken for his airlines. He was arrested in London last year and the Westminster’s court, in the last month, in the United Kingdom has ruled that Mallya can be extradited to India to face the charges.

Meanwhile, the Bharatiya Janata Party has appreciated the moment as a “feather in the party’s cap” in the fight against corruption.

Taking credit for the development on Mallya, BJP spokesman Sambit Patra, in a news conference, said, “Mallya grew under the patronage of the Congress government. Despite him being going bankrupt, he was given loans and his loans were even restructured. He fled with ₹9,000 crore of the country’s money. It is a feather in the cap for BJP’s fight against corruption.”

While slamming the BJP for claiming credit for everything, the Congress said “India will celebrate its 5th birthday on May 26, 2019 as the party thinks everything has happened after they came to power.”

Congress spokesman Pawan Khera said, “If BJP is taking credit for declaring Mallya a fugitive economic offender, then let them take credit as they are taking credit for everything from Mangalyaan, Chandrayan, Pokhran 1 to Pokhran 2 (nuclear tests) … we should be celebrating India’s 5th birthday on May 26, 2019. The BJP feels that everything happened after its government came to power in 2014.”