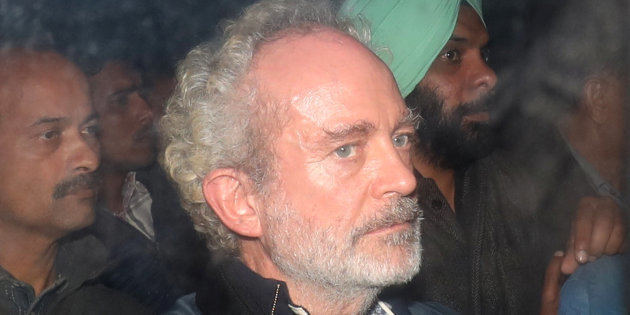 New Delhi: The British high commission in India has been given access to Christian Michel, the alleged middleman in the AgustaWestland chopper deal. It’s alleged that kickbacks were given in the ₹3,500 deal.

Michel, a British citizen, was extradited to India from the United Arab Emirates in December last year. The Central Bureau of Investigation and the Enforcement Directorate are investigating Michel’s role in the scam.

According to the ANI news agency, the British high commission said, “Our staff are supporting a British man who is detained in India and have visited him to check his welfare.”

British High Commission in India: "Our staff are supporting a British man who is detained in India, and have visited him to check his welfare.” https://t.co/XgMFaUYd2Q

Michel is reported to be one of the three alleged middlemen who is being investigated by the ED and the CBI. The two other men who were involved are Guido Haschke and Carlo Gerosa.

In a charge sheet filed against Christian Michel in June 2016, the ED claimed that he received €30 million (about ₹225 crore) from AgustaWestland.

And CBI claimed in its charge sheet that in the AgustaWestland deal, which was signed on February 8, 2010, for the supply of choppers to ferry VVIPs in India, there was an estimated loss of €398.21 million (about ₹2,666 crore) to the exchequer.