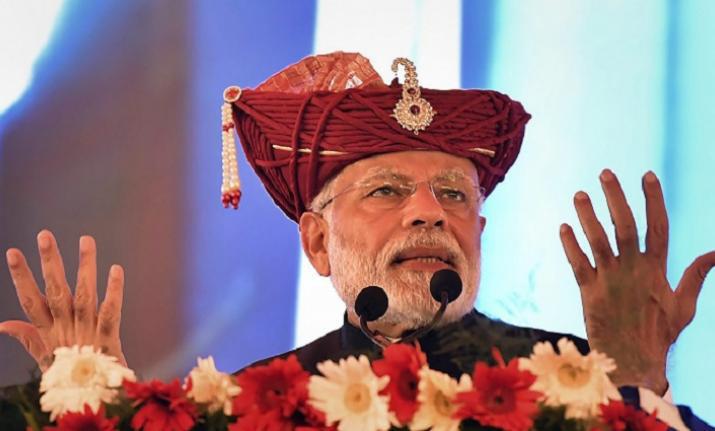 As West Bengal chief minister Mamata Banerjee led regional leaders in a show of strength against the BJP, in Kolkata’s Brigade Grounds, on Saturday, Prime Minister Narendra Modi mocked the opposition’s United India rally while delivering a speech in Silvassa. He said the opposition mahagathbandhan (grand alliance) “wasn’t against him but was against the nation”.

While addressing a packed crowd in Silvassa, where he inaugurated several projects, Modi said, “They are crying for help and shouting from Kolkata ‘bachao, bachao, bachao’ (save us, save us, save us) ... The reason why leaders from across the country are assembled in Kolkata today is because my actions against corruption have infuriated some people. It is but natural for them to get angry as I have prevented them from looting public money. That’s the reason they have now formed an alliance called ‘Mahagathbandhan’.”

He further added that alliance is not even made yet, and they “have started negotiating on which leader will get what” already.

Earlier, a similar remark by the prime minister evoked a strong reaction from the West Bengal chief minister.

• Yashwant Sinha says removal of CBI chief Alok Verma is linked to Rafale deal
• MK Stalin says ‘will prefer fresh election if AIADMK government falls’
• Priyanka Gandhi dares the BJP over Pragya Thakur’s remark, says ‘have the guts to spell out your stand’
• Arun Jaitley says Congress manifesto ‘agenda for Balkanization of India’
• On ‘triple talaq’, Asaduddin Owaisi says ‘your faith is faith, mine is not?