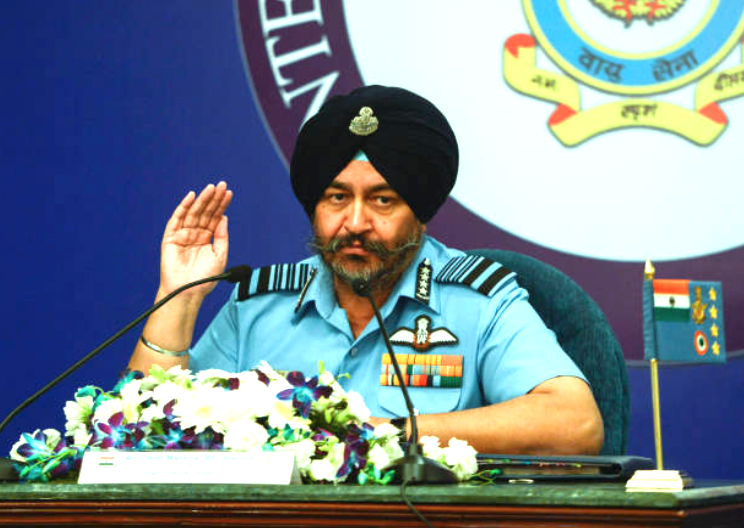 New Delhi: The much-awaited statement from the Indian Air Force has confirmed that the air strikes on the terror camp in Pakistan’s Balakot has been successfully accomplished. The Indian Air Force chief, Air Chief Marshal Birender Singh Dhanoa, on Monday, while addressing a news conference in Coimbatore, has confirmed that the air strikes achieved their objectives.

This comes in the wake of senior BJP members giving out speculative casualty figures of the terrorists in the hundreds, ranging from 250 to 350. The government has recently said that it has proof that IAF fighters hit the jihadist group Jaish-e-Muhammed’s camps in Balakot.

“If we plan to hit the target, we hit the target. Otherwise why would they (Pakistan) respond? If we had dropped bombs in the jungle, there was no need for them (Pakistan) to respond,” the Air chief added.

While responding to a question on using the old MiG-21 fighter in the aerial engagement with Pakistani F-16s, ACM Dhanoa responded by saying that the aircraft has been upgraded with better weapon systems and a better radar. He said, “It has been upgraded, has better radar, air-to-air missiles and better weapons system. The target has been clearly amplified by the foreign secretary (Vijay Gokhale) in his statement.”

Abhinandan to fly again if fit

In the news conference, the Air chief also mentioned that Wing Commander Abhinandan Varthaman, who was captured when his MiG-21 was shot down during the air combat with Pakistani warplanes, will be allowed to fly fighter jets only once he declared medically fit.

ACM Dhanoa said, “Whether he flies again or not depends on his medical fitness. That is why post ejection, he has undergone a medical check. Thereafter, whatever treatment is required, we have given to him.”

According to media reports, Wg Cdr Abhinandan sustained back injuries during the process of his ejection from his jet and landing with a parachute. The reports also said the pilot has sustained injuries in his ribcage, which probably was a result of the beating he received at the hands of the locals, when he landed in Pakistan-controlled territory, before the Pakistani army rescued him. Pakistan released him after keeping him in captivity for 60 hours.