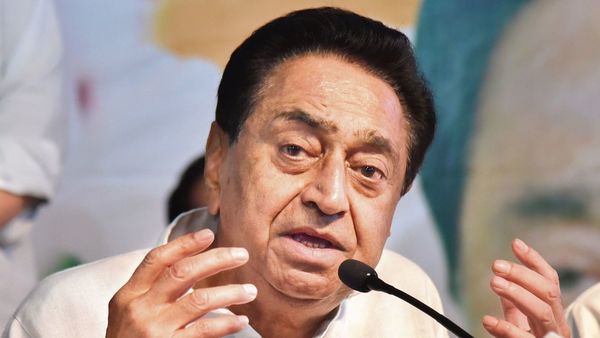 New Delhi: Kamal Nath, the chief minister of Madhya Pradesh, announced his resignation from his post just hours ahead of a floor test in the state assembly as he didn’t have the numbers to cross the halfway. The mark for a simple majority was reduced to 104 as the effective assembly strength of 228-member house came down to 206 following the resignation of 22 Congress MLAs of the Jyotiraditya Scindia camp.

Nath announced his resignation at a news conference in his residence even as the floor test was listed in the business of the Madhya Pradesh assembly at 2pm. The floor test was called after a Supreme Court ruling following the resignation of 22 Congress MLAs, which brought the ruling party’s strength well below the new majority mark of 104.

At the news conference, Nath counted his work for the state’s development during the 15 months when he was in power. He alleged that the BJP was “plotting against him from Day 1 of his government”.

The writing was on the wall for the Kamal Nath government as soon as Jyotiraditya Scindia resigned from the Congress and joined the BJP and his 22 Congress loyalist MLAs too resigned from the party following Scindia. The rebel MLAs were quarantined in a Bengaluru resort in the BJP-ruled Karnataka. All attempts by the Congress leadership to bring them back into the party failed.

The Madhya Pradesh governor, Lalji Tandon, ordered an immediate floor test over the weekend, but Nath avoided it when the speaker, NP Prajapati, adjourned the house until March 26 over the coronavirus scare. Following this, former MP chief minister Shivraj Singh Chouhan moved the Supreme Court, which ordered a floor test to be held within a day. The court didn’t give the speaker the time he asked for to meet the MLAs.

With this, Shivraj Singh Chouhan is set to return as the chief minister of the state, which he ruled for 15 years until the BJP was defeated in December 2018.