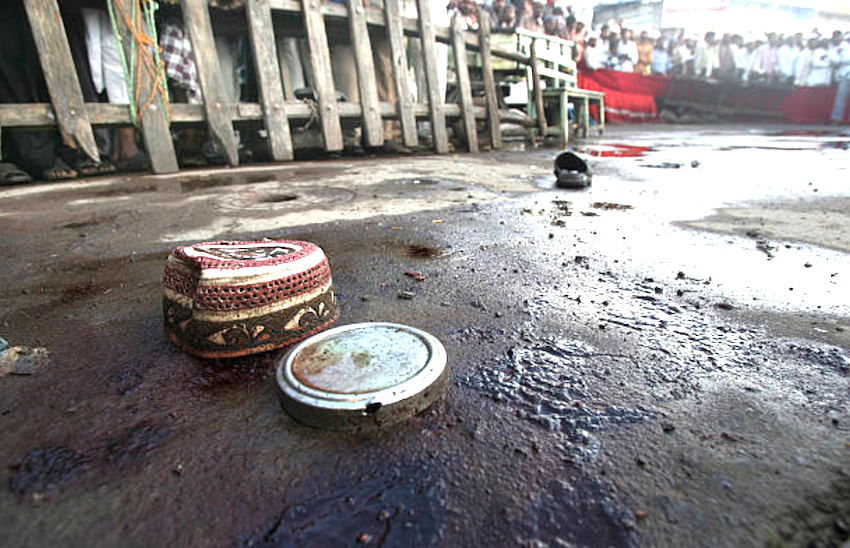 A site of one of the bomb blasts in Malegaon, in September 2008.

New Delhi: The Bombay high court stayed the special National Investigation Agency court order to use photocopies of missing witnesses’ statements in relation to the 2008 Malegaon blast case as secondary evidence in place of the original statements that had gone missing in 2016.

Sameer Kulkarni, an accused in the case, challenged the decision of the special NIA court, which permitted the agency to produce photocopies of missing witnesses’ statements on record and lead evidence in support of the same.

A bench comprising of Justice AS Oka and Justice AS Gadkari was hearing a bunch of appeals filed by Kulkarni.

In January 2017, the court had allowed NIA to use available copies as secondary evidence in place of the original statements, after the trial court had been informed, in 2016, that original documents were untraceable.

The September 2008 serial blasts in Malegaon, which is a Muslim-majority area, killed six people and injured several more.