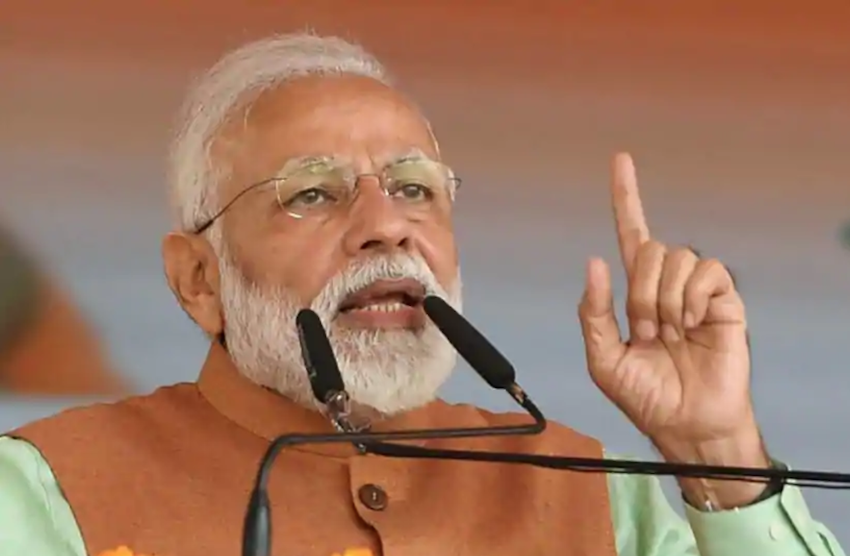 New Delhi: The ambitious ₹75,000 crore Pradhan Mantri Kisan Samman Nidhi scheme, that guarantees ₹6,000 annually to farmers who own less than two hectares of land, has been formally launched by Prime Minister Narendra Modi in Gorakhpur, on Sunday, by transferring the first instalment of ₹2,000 to over 1 crore farmers.

The scheme proposes direct cash transfer of ₹6,000 annually in three instalments in the accounts of small-scale farmers. It is estimated that around 12 crore farmers will benefit from the scheme across India.

Speaking to a gathering at the Fertilizer Corporation of India ground at Gorakhpur, Modi said, “The first instalment of money under the scheme has been deposited in the bank accounts of the farmers directly ... those who have been left out will get it soon.”

While taking a swipe the opposition parties, the prime minister said, “They remember farmers once in 10 years – just before elections. They get a fever of loan waiver and distribute it as “revari” (a sweet dish) to garner votes ... they did not know that Modi will expose them this time.”

Modi further said, “Loan waivers would have been easy and convenient for us too. We could also have distributed ‘revari’ for political and electoral benefits, but we can’t commit such a sin. Loan waiver benefits only a select few.”

Modi has also announced in Gorakhpur that more ₹75,000 crore will be transferred to farmers that own less than five-acre land and less in the coming year. He has also asked state governments to submit the list of farmers in their states and the government will ensure that money is transferred to their accounts.

The Centre announced the PM-KISAN scheme in the 2018-19 interim Budget. It was expected that the government will roll out the scheme ahead of this year’s Lok Sabha election.