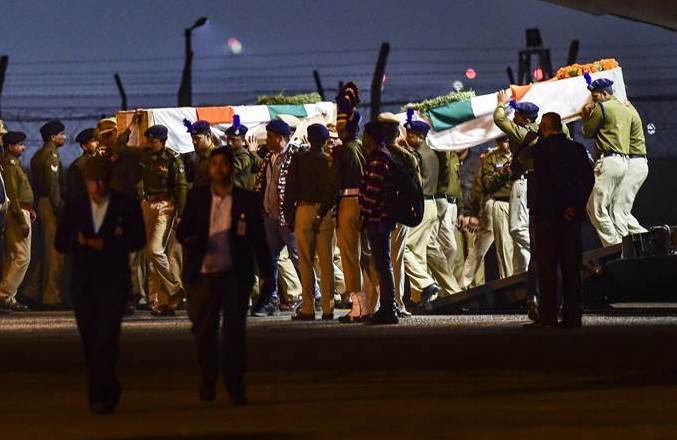 The mortal remains of the slain CRPF personnel being brought in New Delhi’s Palam airbase.

New Delhi: Condemning the Pulwama terror attack, political parties united and expressed India’s determination to fight terrorism and expressed their solidarity with security forces in defending the country’s unity and integrity. Members of the opposition extended support to the government in an all-party meeting passed a resolution condemning the terror attack and to tackle the challenge of terrorism.

The resolution adopted in the meeting said, “India has displayed both firmness and resilience in dealing with these challenges. The entire nation speaks in one voice to express its determination to fight these challenges.”

The resolution asserted that India has been facing the menace of the cross-border terrorism which is being actively encouraged by forces from the neighbouring country, without naming Pakistan.