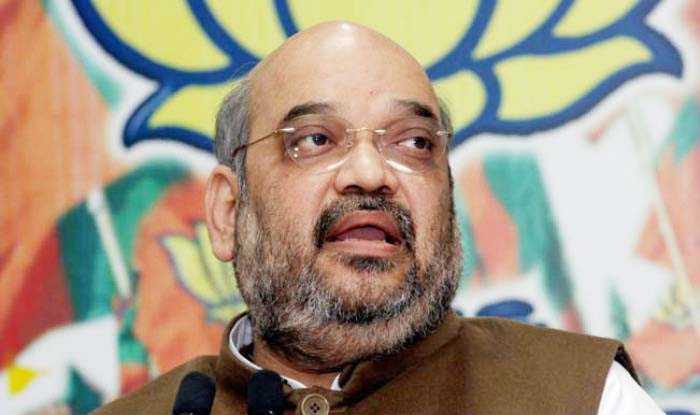 New Delhi: The ruling Bharatiya Janata Party (BJP) in Rajasthan seems to have taken an early stride ahead of the assembly election in the state, which is scheduled to be held in six months from now.

The party, which has lost a string of bypolls – both assembly and Lok Sabha – since it stormed into power at the Centre in 2014, is appearing to take no chances with the key state that traditionally witnesses a bipolar contest between the Congress and the BJP. With poll pundits warning of an anti-incumbency wave against the BJP’s Vasundhara Raje government in the state, the party has been holding a series of meetings to chalk out a strategy for the upcoming election.

On Wednesday, the BJP will be holding a high-powered meeting in New Delhi, which will be chaired by the party president, Amit Shah, and attended by the Rajasthan chief minister, Vasundhara Raje, along with senior party leaders of the state like Arjun Ram Meghwal, Avinash Rai Khanna, V Satish, etc.

Earlier, several Raje along with several other Rajasthan BJP leaders have been travelling to several districts in the state to hold ground-level meetings to gauge people’s mood in the state.

Raje is also mulling launching several schemes , sops and initiatives for the people of her state. This includes: waiver of farm loans, gujjar reservation, free laptops for students, etc.

The BJP is also keen to address another contentious issue that the party is grappling with – finding the right candidate for the state unit president of the party. The post has been lying vacant since the state BJP president, Ashok Parnami, resigned in April.

Raje is believed to be adamant on having one of her close associates, either  former BJP state president Arun Chaturvedi or junior minister in the Rajasthan cabinet Srichand Kriplani, as the state’s party president. However, according to party members in loop of the issue, Shah is backing the current Union junior agriculture minister, Gajendra Singh Shekhawat, for the post.

The rationale behind this is that Shah believes that Shekhawat – a rajput – will be able to cool down the community’s tempers following the “Padmavati” (later rechristened as “Padmavaat”) movie controversy earlier this year. The rajput community is also upset over the June 2017 encounter killing of gangster Anandpal Singh, who was a rajput. The community believes that he was killed in cold blood in a fake encounter.

In 2013 assembly election, the BJP won a landslide victory in the state winning 163 out of the 200 seats. It set the tone for the 2014 Lok Sabha election where the party won 25 out of 25 seats from the state and played a key role in giving the Narendra Modi-led party 282 seats in the 16th Lok Sabha.

However, in the bypolls held in January this year for two Lok Sabha (Ajmer and Alwar) and one assembly seat (Mandalgarh), the BJP lost all three seats.