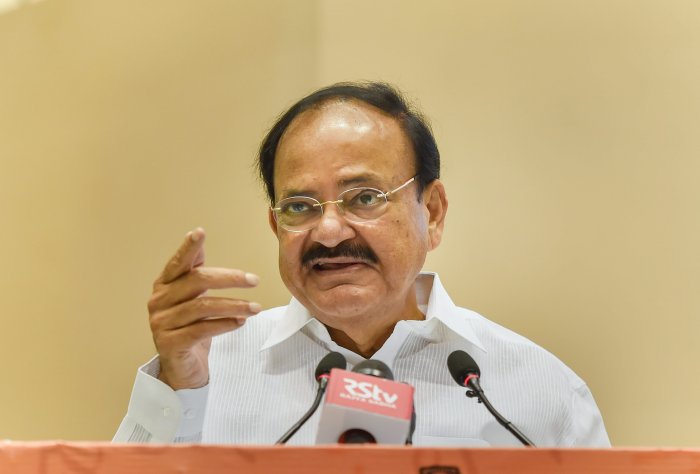 The vice-president, M Venkaiah Naidu, echoed the home minister, Rajnath Singh, when he said the only thing leftfor India today to discuss with Pakistan is the unresolved issue of Pakistan-occupied Kashmir, which it had captured in 1948 durings its bid to annex the princely state of Jammu & Kashmir by force.

Speaking at the golden jubilee celebrations of Naval Science and Technology Laboratory in Visakhapatnam, on Wednesday, Naidu said, “The only thing that remains to be discussed with Pakistan is the PoK issue … Kashmir is an integral part of India.”

The vice-president also said “no country is on Pakistan’s side” on the current Kashmir issue. He also said, “We are not warmongers, we are peace-loving citizens.”

The remarks from Venkaiah Naidu came after the defence minister Rajnath Singh made a similar comment on Pakistan and said there would be no talks with Pakistan unless it acts against terrorists and stops supporting terror activities.

India diluted the Article 370 and abrogated the Article 35A, which gave special status to Jammu & Kashmir and bifurcated the state into two Union territories, in August. Since then, Pakistan had upped its anti-India rhetoric in international forums, like the UN.