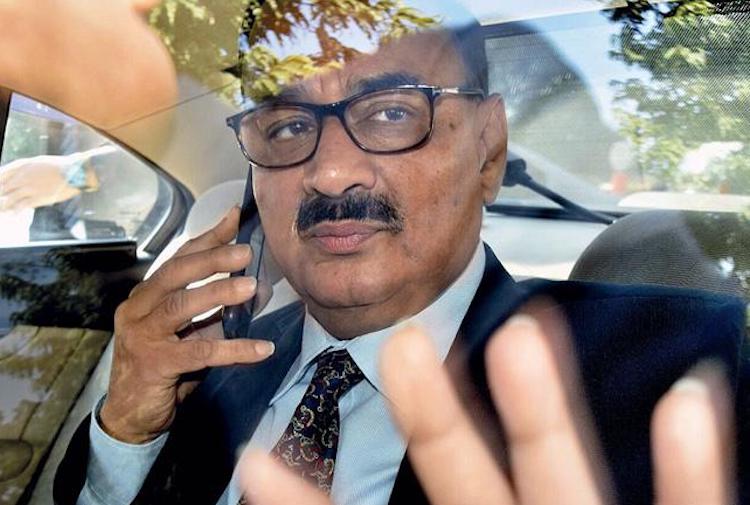 New Delhi: The high drama unfolding in the ousting of CBI director Alok Verma continues even two days after the high-level selection panel removed Verma from his post. A retired Supreme Court judge, Justice AK Patnaik, who was supervising the Central Vigilance Commission inquiry into alleged corruption charges against Verma, has come out and said there was no evidence of corruption against the Central Bureau of Investigation director.

Speaking to Indian Express, Justice Patnaik said, “There was no evidence against Verma regarding corruption. The entire enquiry was held on (CBI special director Rakesh) Asthana’s complaint. I have said in my report that none of the findings in the CVC’s report are mine.”

The paper quoted Justice Patnaik as saying: “Even if the Supreme Court said that the high-power committee must decide, the decision was very, very hasty. We are dealing with an institution here. They should have applied their mind thoroughly, especially as a Supreme Court judge was there. What the CVC says cannot be the final word.”

Justice Patanaik, however, clarified that his role was merely supervisory and that findings mentioned in the CVC report were not his.

He said, “The Supreme Court entrusted me with a responsibility of supervising, so I ensured my presence … and I ensured that principles of natural justice were applied. Verma had access to all the documents and got a personal hearing. The enquiry was completed in 14 days … it was all done. Thereafter, it was for the Supreme Court to decide. The report was 50 pages but there were 1,000 pages of annexures.”

Interestingly, retired Supreme Court judge Justice Markandey tweeted that he had a telephonic conversation with Justice AK Sikri, the Supreme Court judge in the PM-led selection panel, in which Justice Sikri told him why he thought it was imperative to remove Verma as CBI director. According to Justice Katju, Justice Sikri told him that the “CVC had recorded prima facie findings of guilt on some serious charges against Verma on the material before it,” and “in view of these serious prima facie findings of guilt, and after perusing the material on which they were based, Justice Sikri was of the opinion that until the matter was fully investigated and a final decision given about the guilt or innocence of Verma he should not remain on the post of director, CBI but should be shifted to another post equivalent in rank.”

I spoke to Justice Sikri this morning and asked him what he has to say about removal of Alok Verma.

Earlier, ousted CBI special director Rakesh Asthana had filed complaint with the Central Vigilance Commission against his boss, CBI director Alok Verma, in which he accused him of corruption and dereliction of duty. This happened during the internal war in CBI between Verma and Asthana. Asthana was Verma’s deputy in the agency. Days before that, the Verma-headed CBI filed a criminal complaint against Rakesh Asthana and his junior, deputy superintendent of police Devender Kumar, for bribery and running an extortion racket.

The government removed both Verma and Asthana from their respective posts in a dramatic fashion, in October last year, and sent on forced leave.

Earlier in the last week, the Supreme Court had reinstated Verma and asked the selection panel, comprising Prime Minister Narendra Modi, Supreme Court senior judge Justice AK Sikri, and leader of the Congress party in the Lok Sabha Mallikarjun Kharge, to take the final decision on the CBI chief. The apex court had ordered the government to schedule the meeting of panel within a week of its order.

Citing the observations made by the CVC against Verma as of extremely serious nature, two members of the committee – Modi and Sikri – decided to remove Verma as CBI director while Kharge opposed the decision.

Verma was subsequently removed in a 2:1 decision. The government then posted him to head the Directorate General Fire Services, Civil Defence and Home Guards up to the end of his term on January 31, 2019. However, Verma refused to accept the new posting and tendered his resignation.